The Palace on Wheels

The Palace on Wheels 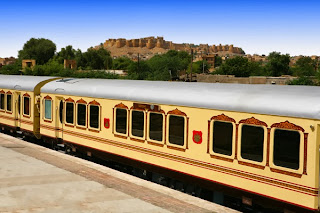 
At the time of the British Raj, when trains were revered as the most convenient form of transportation (many still swear by it in today's date.); Maharajas and British royalty of course, had to travel in style. Thus, the concept and initiation of the Indian Luxury Train was brought about. Considered, a 5 star hotel on railway tracks, The Palace on Wheels was specifically designed for the purpose of transporting royalty from one destination the the next.


Rulers of princely states of Rajputana, Gujarat, the Nizam of Hyderabad and the Viceroy of British India travelled by these luxurious coaches. After independence, these coaches were parked and remained in this state for a quarter of a century until in 1981-82, when the Rajasthan Tourism Development Corporation and Indian Railways launched a special heritage tourist train for providing a unique memorable experience to the tourists visiting Rajasthan.