This post is an overview of the inbound travel trends in India, over the years, taking a case of The Palace on Wheels Luxury Train in particular.
In 1982, Palace on Wheels started its operations but it didn’t reach it’s full potential till late 90s when entire charters were booked for the train & hardly any seats were available for departures.
From the beginning, the demographic mostly remained, US & UK citizens. They made up 50% of the passengers. The rest were mostly Europeans; Italian, Spanish, Russian, German & French. You would see middle aged married couples experiencing India for the first time & they loved it. They loved the romance of the journey. Although the train doesn’t discourage children, the journey is mostly meant for adults. You would still see a child on a few departures. 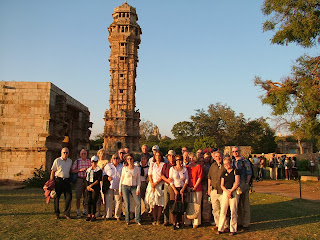 The demand kept growing over the years & you had to book 6 months in advance to get a reservation.
The trend remained the same till 2008 & then the financial crisis had truly become global with most of Europe also in debt.
For the first time in over a decade there was a fall in overall demand. Groups from Europe became lesser, the US traveller was not to keen with so much uncertainty in the market & Mumbai’s 26/11 terrorist attack made the inbound travel scenario very grim.

But there were positive signs from South East Asia, Japan & Singapore. Also, a new type of traveller for India was the big spending NRI (Non Resident Indian); They wanted to rediscover India, teach their children about their heritage and culture with first-hand experience. They started enquiring about Palace on Wheels. The train’s wheels kept churning even though some cabins remained empty.
After a while, by 2010, the train was running at full capacity again with US, UK & Russia again leading the numbers. There was a sharp decline of European travellers though. One could say, South East Asians had taken their place.
Now, since the last few seasons we are witnessing the following trend:
·         Australia: Their economy has grown & maybe it’s the cricket but India has become a very popular destination for them.
·         Middle East (UAE, Saudi Arabia, Qatar): They’re probably just bored of seeing everything else & they really do define ulta luxury so Palace on Wheels is perfect for them.
·         China, HK : When neighbours become really rich, they do come to your house to show off.
·         South America, mainly Argentina : India’s an exotic destination for them & it’s always exciting to discover an entirely new culture in luxury.

Did you know?
China has surpassed the US on most amount spent, on an average by an international traveller. (among many other things.)


Also, there have been some repeat visitors to Palace on Wheels.
Posted by Unknown at 02:45 No comments: